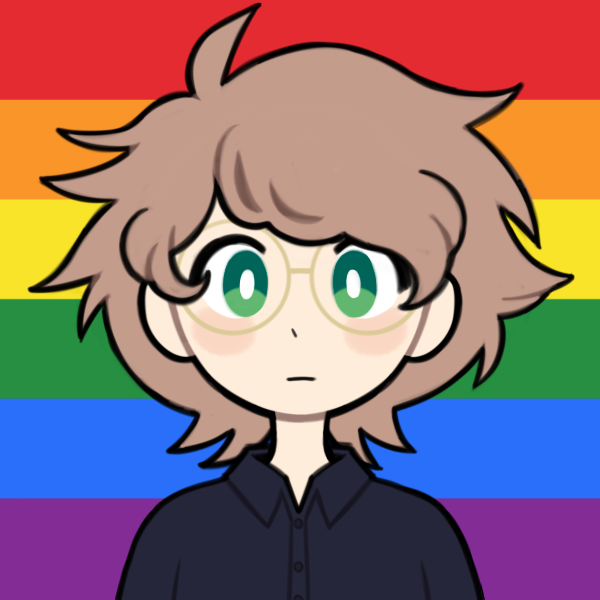 I'm a queer and nonbinary software developer and system administrator. I use they/them pronouns, see my pronouns.page for more info. You may also see me online as TibiNonEst, the vestiges of an old username.

I don't particularly like talking about myself, but I guess you're here for a reason so here goes!

I am a developer on the build tools team and member of the community team and QuiltMC, where I co-run our monthly development updates. Outside of Quilt, I am also a member of a myriad of development teams, including ProxyFox, WispLang, Debuggy, Helix Launcher, Sweet Berry Collective, and DuvetMC. I have experience in a number of programming languages, but these days find myself working mainly in Java, Rust, Kotlin, or Typescript. I have worked on a few major projects over the years, namely my Minecraft mod Cauldron Dyeing and the official Quilt build tool Loom (and soon QuiltGradle), you can learn more about these and others below. Outside of development, I play a few instruments, some better some worse, and am very involved in the theater scene at my school.

I have been hosting my own servers for everything from gaming to websites for the better part of 5 years. Over this time I have learned quite a few things about what to, and what not to do in system administration. I currently run two cloud servers, one acting as a Wireguard hub through which I proxy all my traffic, and the other as a main host for my web services, both running Alpine Linux. The latter includes my personal git server, available at git.tibinonest.me, and maven, at maven.tibinonest.me. Additionally, I host many Minecraft servers on a local machine, with their traffic proxied through my Wireguard server to maintain privacy. Most of these servers are just between friends, but for a while I hosted the Unofficial Quilt Minecraft Server.

I have spent the majority of my life surrounded by and playing music. My main instrument is violin, which I have been playing for almost 13 years now. I also dabble in piano, guitar, ukulele, mandolin, and singing. I would like to some day release my own music, but we'll see if that ever happens.

The easiest ways to contact me would either be on Discord at tibs#0001, on my Discord server, or on the Fediverse at tibs@blobfox.coffee.

I'm also available through email at tibs@tibinonest.me, although that may take me a little bit longer to respond to.